It adopted a 2-stroke water-cooled V4 engine on an aluminum frame. It became the center of attention for being the replica model of the YZR500, the WGP racer model. Its export version was named RD500LC.

ชุดปั๊มเบรค Retro [All In One Round Type] It is too effective. This is Metallica 's Pad 3rd exchange. It's only working this way!. It is the 2nd Pad exchange by exchanging with Rotor of SUNSTAR. Circuit and Pass and Touring. I wonder if 20 thousand kilometers are there.. It is Pad of Recommendation!

Made with confident Nisshin 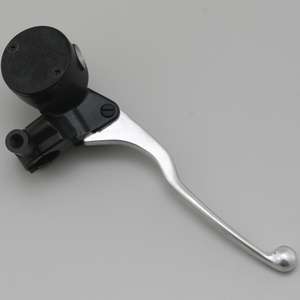 Design that fits old car style is your favorite.
Personally I prefer Fluid Tank to be a little bigger.

I also have Ripro but after all I bought a relief with Nisshin.

Just attached to the car body since it was registered. Impling in use will.

Compared to other companies' Pad, the Gold amount is expensive

I used DAYTONA's Golden Pad until now but when I switched Disc Lock I replaced it with a reputable Metallica Pad.
It works from the beginning of this Pad It will work but it does not seem to be too durable It felt soft when dropping the corner of Pad in chamfering It is a gentle Pad against Rotor It seems.
However, this Pad is quite a bit cheaper to buy, is not it?. 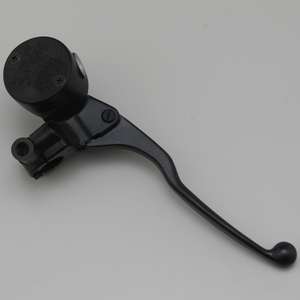 I am on Kawasaki's old car, but from OEMBrake
Oil started bleeding, so I planned to purchase NORMAL parts, but as it was already out of print
I was searching for a product that would fit the old car.
I purchased the product like Retro and performance in both OEM Product and Large so I like it because it is not different.

Used in old GS 400.
I replaced it because another band MASTER of NISSIN that I am currently using is outdated.
Similar type of another band Type - Semi Raipon - I was worried till the end with Raipong, but I chose this product from Character of the old car GS400.
Making details - Since the operation performance is still NISSIN, there is no problem at all.
I think that it is Touch which is close to OEM to the last.
Is it another matter of taste?.
However, although I exchanged Lever together with a thing of adjustment type together, as a result I got the same amount of Gold as Rapon.