Not bad, but not good, either.

I purchased this for oil temperature control.
The text is large and easy to read, but...
I would like to see the body to be a little smaller and more compact, or the letters on the clock side to be a little larger...
There seems to be a durability problem, but I don't know since I just put it on.
I chose the battery Type, but it is easy to turn it on and off, etc. even with Gloves.
It is still a little inconvenient to have no back light. ดูรายละเอียด 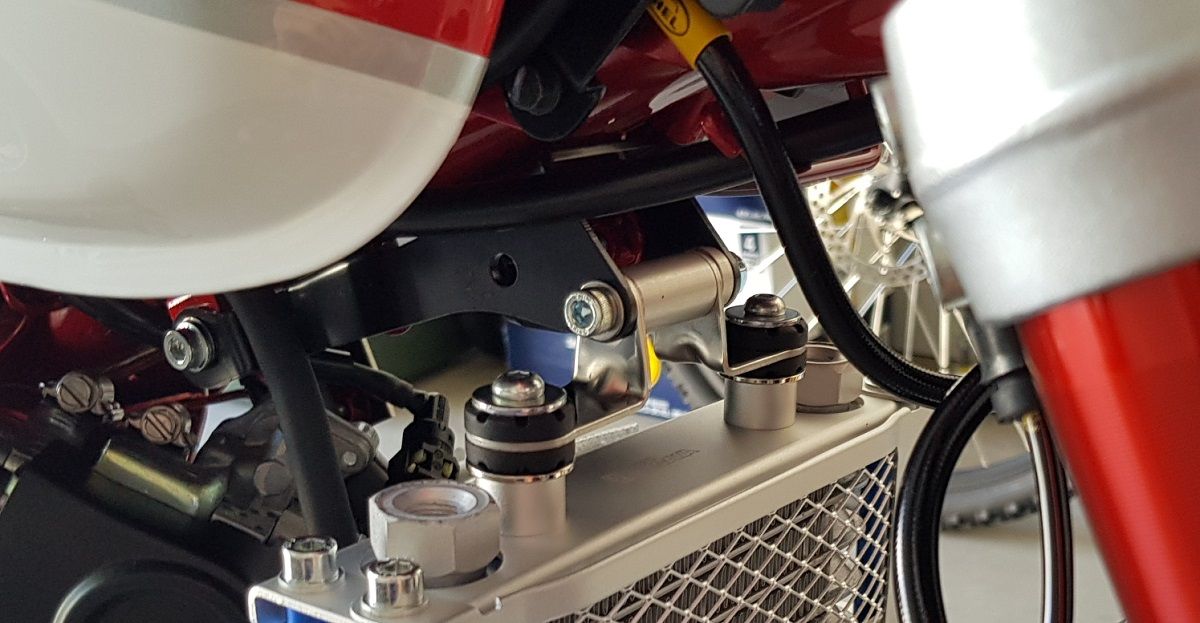 About quality and texture - Top quality. The frame bracket is made from a solid steel construction and will have no issues with the vibrations generated from the Monkey. About the feeling of use - Just love the look of the oil cooler on the Monkey due to the positioning this bracket kit offers. Products to buy together - An oil cooler is a must to complete this upgrade. Webike offer the Takegawa ones here but if you wish to use another brand oil cooler just be sure the mounting points are 90 mm apart. Difficulty of installation - Once the OEM airbox is out of the way this bracket is easy to install as the kit comes with what you need to secure it firmly to the frame. Cost performance and comparison with other products - Well priced kit including top quality bracket and fasteners. Currently not any stand alone brackets available that I could find specifically for the Monkey high mount position. About shipping and packaging - Sea freight is my preferred shipping option and usually arrives in Australia in 6 to 8 weeks from dispatch. Always well packaged to ensure parts arrive safety and are ready for use. Any concerns, cautions, or advice when purchasing - When comparing the different mounting positions for an oil coller to be fitted to your Monkey consider that mounting it up high will save the oil cooler from road debris thrown back from the front wheel. ดูรายละเอียด

The OEM Core guard was painted about 2 years ago, but the paint didn't last long because the rust was not removed properly and the surface preparation was not good enough. I thought about repainting it, but I thought it would rust again after a while, so I decided to replace it.
At first, I was thinking of Plain ones without Logoetc., but I chose A-TECH because of its low price.
Regarding the product, although it was unexpectedly thin, the finish was good and favorable. The precision was good and the mounting holes were Exactly. It is also finer than OEM, so it will be more effective in protecting the Radiator. I was concerned about the chatter sound, so I thought about using the anti-vibration material that came with the product, but the upper hook is folded back to the point where the core guard is effectively attached to the radiator. However, the upper Hook was folded back so that the Core guard was almost stuck to the Radiator, and the attached anti-vibration material did not seem to fit in the almost no gap. I ran a test run and did not feel any chattering sound, so I decided to use it as it was. Then, in the Instruction Manual, it says [Color] It says to clear paint it, but I'm thinking of using it as is for the time being, and then doing it together when I have a chance to paint something else.
I thought it would be better without the logo, but when I installed it, I feel that A-TECH's logo is a good accent. I guess there are people who like this kind of thing, but for me, I like it. ดูรายละเอียด 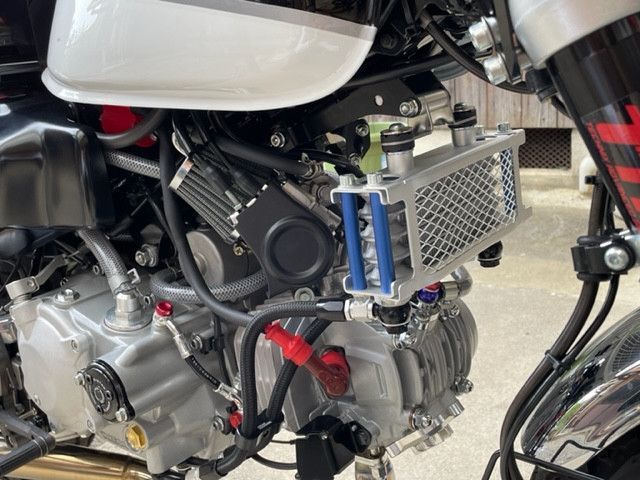 After all, it looks good!

It may not be sufficient as an impresario (laugh) because I don't think it is necessary yet due to the season.
It is not easy to reach the area where thermostat opens when actually watching the oil temperature at this temperature & break-in.
However. The Oil Temperature Meter showed that the increase in oil temperature was less than usual.
However, I am happy with the looks and I think it is necessary… in the summer.
Over cool can be prevented by using a Thermostat in combination with a Thermostat during cooler temperatures.
Also, I am thinking of packing the Sub computer Setting and reducing the Gasoline cooling amount. I am hoping that it will be possible to reduce the amount of Gasoline cooling. ดูรายละเอียด 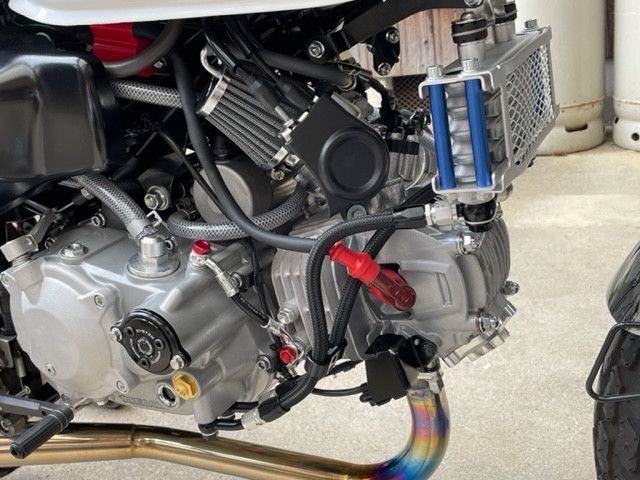 The oil cooler hose runs through the Right Side, similar to the Plug Cable.
So, depending on the Spec., they may overlap in position.
This product is a product that may … reduce Trouble by arranging it in three dimensions while organizing it.
Depending on the spec. of the vehicle, I think it would be a good product to put on. And it's not a no-brown price.
However, please check the spec. of the hose. Please use compatible products for hose of different thickness. ดูรายละเอียด