Sockets For Hexarobular Holes (with Pins) The tool is easy to use with good quality for the price.
One Side is Spanner and the other side is Ratchet's Glasses, plus it swivels for ease of use.
The GEAR of the Ratchet is also very fine, so it is useful for Swinging on in tight spaces. It is a highly functional and high-end tool for the price. ดูรายละเอียด When the screws are rusted or otherwise not loosened, they can be loosened without licking the screw head.
CompactSize, so it takes up little space, and it is sturdy and secure, so it will last a long time. ดูรายละเอียด

I bought this brass brush for Spark plugs as a trial for cleaning plugs and removing carbon.
The hardness of the Brass Brush and the comfort and ease of use of the wooden Handlebar are good. May it be done quite nicely. ดูรายละเอียด 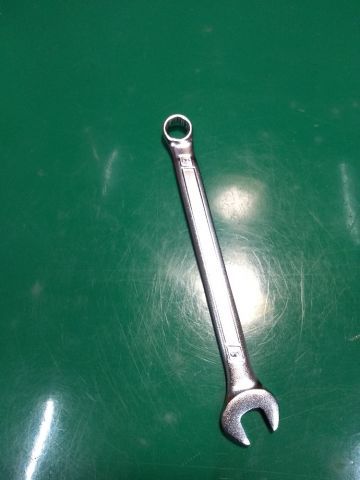 It is not a bad make, so it is safe to use.
The grip feels comfortable in the hand and is thin, making it easy to use in tight spaces.
The finish is very good and clean looking. ดูรายละเอียด