If Plug inspection is easy Motorcycle, it is easier to handle.

CBR250R (MC41) Mounting on previous MODEL.
Engine was also fiddled and added a hand to the intake and exhaust system, so I bought Injection for trying somehow.
Product mounting work itself is not so difficult. The most careful thing is the task of interrupting the computer's Wiring. I use the Electro Tap to interrupt Wiring, but Electro Tap is a little quirky for ease of use. Since there is a case where it does not conduct electricity when making a mistake a little, it is certain that it is better to check the energization by Tester or directly attaching without using Electro Tap.
Wiring work should read the attached manual properly and work just as it is, but the most troublesome task is to remove both side cover of CBR.
Structurally, CBR has to remove the lower part of Front cowl and Rear cowl in order to remove Side cover. This is quite a troublesome work.
Sub computer fits neatly under Rear seat.
For adjustment, a thin slotted screwdriver is necessary, but if you work according to Manual, initial setting and setting change are all simple and easy. It is free from troublesome like carburetor.
However, it is quite difficult to challenge settings other than Mukawa's designation. Because CBR 250R is very difficult to inspect the plug (Removing Cowl, removing Radiator, it is rather troublesome) Because it is difficult to see the fire by baking the Plug.
It is necessary to judge whether the engine is rich and bad, Torque feeling, how the soot is attached at the Exhaust End,. There is no Risk to make it thick, but the person who makes it thin is also a bit scary because there is fear of seizure.
Basically, Motorcycle Spec. Depending on your choice, you simply choose one of the 9 programs that Mukawa sets. After choosing the basic Map, you can further set the darker and lighter, but changing only 1 Level will make a lot of change.
Personally I like the carburetor even if it is troublesome. I do not like the BlackBox-like Sub computer, but in Injection cars there is no other way to do it, so I have to choose it.
It is the second time to use M - 川 's F - con, it' s the second time, since Grom used for the first time is easy to check the Plug, it was fun to make various Challenges while watching the burning of the Plug. CBR 250R is difficult to inspect Plug Quantity of combustion : Pair (for Left and Right) It becomes a fatal weak point in Parts to do.
If the part is made by Mukawa ___ ___ 0 ___ ___ 0.
If you use Parts other than Makekawa made it challenge to combine in various ways, setting fun or fun into the maze.
Regarding Cost performance, it's slightly subtle. About 20,000 yen is cheaper than buying carburetor and surrounding Parts, but I do not think there is any effect like carburetor. But it's time to choose carburetor any more (>_<)
It is recommended for people who do not have difficulty removing Cowl, it is recommended for those who have everything in Mukawa products, but they are not recommended for those who are not so. 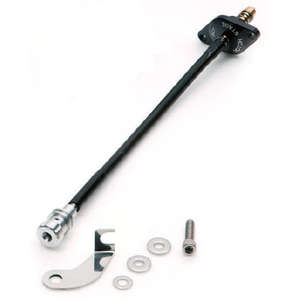 I bought it instead because I want to know acquaintances who are riding XL 1200 L.
When installing this product on the poster, I think that it is an easy task as it just floats Fuel TankRear and exchange it with NORMAL's IAC, but Quantity : Because Bolt of 2pc is sticking with Engine heat and it is not easy to relax easily, iron stick etc. on Bolt's head etc.. I applied a shock to the small increments many times with cankan and loosened it and removed it.
So, if IAC's fixed Bolt does not become loose, I think that you should watch out around that point.

When installing this product EngineCheckLamp lights up when Idling is raised and lowered, but I think if it runs it disappears, so it will not bother me.
As I can freely adjust Idling like Carburetor Vehicles, my acquaintance was satisfied.

However, even idling at the time of traffic lights and traffic jams, the rotation speed changes slightly, so it must be said that the difficulty of this product is that it must be adjusted each time.

Also, I think that more than 10,000 yen is expensive for Parts to be adjusted. Easy to install maps that are not too exhausting, but when you try to use more than 20. %Obviously Easy to load or change maps. Worth for cbr1000rr2014v.th With only 130 horsepower. Enough to feel the strength. 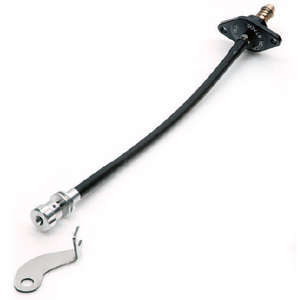 I attached it to 17-year FXDB.
I could freely adjust Idling like Carburetor Vehicles and when I go down it became a sound close to three time. However, too much lowering is not good for the Engine, and attention is required as Battery becomes easy to go away. If it lowers it is about 800 rpm is appropriate.
Knob of Aluminum Cut - out? Also looks good and I like it!
For installation instructions are also attached, if you find it difficult to find Net blog etc. I would like to refer to.
By the way, since Auto choke can not be used at Engine start, it is difficult to start unless Knob is turned to Right all the way up and the number of revolutions is raised.

If you want to change idling arbitrarily in Harley of Injection it is Recommendation!

No change except when Bore up The target car is ZOOMR-X. I bought it for the purpose of Bore up, but before the Bore up, map 2 (+KITACO Muffler) So I could not feel Power up, Gasoline is supposed to be dark - - After map up, map 3 is essential and it is good. KITACO installation course on the Internet for installation "Add i-map to GROM" There was and it was helpful. I had a hard time finding without Space putting i-map. Instruction Manual is not included at all "D-TRACKER-X Injector" There is a blog of those who publish the work in detail when searching by. So you can work with DIY with confidence.

Injector's jet Nozzle hole (OEM) : (BEET) = 10 holes : It is Items to make 12 holes.
It is questionable why the problems described below can be solved only by increasing the injection port without accompanying fuel increase by Sub computer... Does the Injector part squeeze fuel too?


Well, when we exchanged for BEET Nasa R from OEMExhaust System, many Net D Tiger X & KLX (FI) As User says more "Low rotation after exterior Exhaust System replacement & Throttle slightly opened with bruises, breathing symptoms" Now you can see.
At first it was cheating thought that it would not be a problem if Throttle opening the gabba and half-crown, but the stalls mainly occurred at the time of departure from the Right fold, etc. frequently occurred, and I felt extremely embarrassed and repeatedly devoted to fossil Replace and replace (Lol)

As a result, it is satisfied that there is no grueling at low rotation. Obviously KEIHIN's Injector OEM diversion, high... I feel like it is useless....
Note that Injector is fixed + Laspenen and Small Type HEXRatchet Plus are required to loosen Screw..

I'm glad I bought it ♪ I installed it in MOTO GUZZIV 7? Racer.

I think that you are aware of the type riding, but actually it is not on the Manufacturer adaptation table.
Even if I email the agency's JAM, I will be able to ignore Gun wonderfully.
But if it is HP of certain Shop, it is applied with Kosori...
? Type Late and Engine are Blocketc. Although different, the waist and Injection are probably together, O2 Sensor absolutely together?
It was a tough job here and I had troubles for half a year since it was expensive (-_-;)

Quickly install. Quantity : Pair (for Left and Right) After removing the Side cover of O2 Sensor, Right will be found in front of Battery box and Left will be found Connector in front of Air cleaner Box respectively.
Then put Body under Seat and Wiring to Quantity : Pair (for Left and Right) Interrupt the Connector, take the Earth and exit.
It's super easy.

The left dial in the main unit is 6, the right is +2 standard. The left is fixed for the corresponding voltage adjustment of the sensor, the dark and light adjustment is done only on the right. At first we tried riding on the right 2, but the effect can be experienced. But since I am doing SO, I made it to 3 without any satisfaction. Then the torque deficiency at the start of the kitter starts to absence at all and it can flow smoothly with the 6th speed top at 2000 rotation or less. Shift-up became more natural and faster, making it easier to get rid of mecha-macha. I was surprised that the medium speed torque up per 2,500 to 4,000 revolutions! If I open it with 3000 rpm from 2 th gear, I can raise it up to the red at once in a while. At that time Nantes! Tranquil warning light is popping! Rear is a wheel spin ?! Even though such power should have never been there..

Well this is the result. It is recommended, is not it.