This is good although some people may show unwillingness according to throwing away.
A towel and after pressuring upwards an...

This is good although some people may show unwillingness according to throwing away.
A towel and after pressuring upwards and using it in the cross of business, it is likely to become a cause of a detailed polish crack so that the dust gradually wiped off also with thinking that it washed firmly may accumulate, but there are also no such worries in case of throwing away.
The size is also exactly found useful well using a motorcycle.
Once it uses, the mind which returns to the cheap towel for a car wash will be exhausted.
It is one article I want beautiful favorite Rider to try by all means. Because I 'm tired of using it for 8 years Quantity : 2pc. Purchase Set eyes.

Other people said, Right Side will stabilize because it can be wrapped in Reserve's Tank,

Left Side gets stably without grafting.

However, hands are warm in Grip heater and Handlebar Cover even in midwinter.

Purchase with wash for Vehicle

It's cheap.
About this.

I squeezed it twice with two car wash tears. I am using YD 24.
I have been interested in Dual stack funnel for a long time and finally moved to execution.
I was doing Aluminum Funnel and just prepared this 1st Funnel.
The effect will be powerful throughout the area, regret also if you wear it earlier (Lol)
However, if MONKEY 's 4 LTank and Space is Limit, will G - KUR' s INNOPA planned for introduction too?

I get a pill 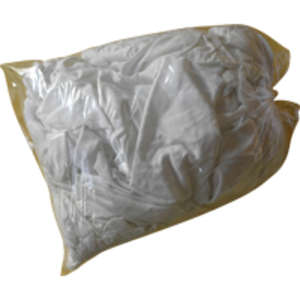 There is something where the fabric stands with Ha Gap and the pill has awesome standing. It would be fine if you choose fabrics according to the application, but if it is then Home center's Dustcloth is good.
Not bad, but I can not recommend it.

All area Power up Purchased with dual stack specification of TMR-mjn. According to the attached manual, the main jet was at the top 10 than the normal funnel. While wondering if the amount of air will increase so far, I tried comparing here with the ordinary funnel specification with the designated jet number. Surely the response, the smoothness of acceleration and the torque feeling were better in the dual stack case, there was no valley or catch, and I felt that the permissible range of setting was wider when dual stacked. It may be exactly good for mjn where it is difficult to adjust the intermediate range. I saw a plug that was beautifully brown burned after a long absence.
I can not add a Filter such as Sponge afterwards, so I am worried about the TMR vSeal's bruise, but at that time I divide it into Overhaul to YOSHIMURA. To some extent, inspiration feels that this is the best if it is supposed to be Cost.

Can I use it for Front suspension adjustment?

I purchased thought to use for adjustment of Front suspension in Circuit driving.
Easy to install, just plug in White resin and stop with Spring. I think that it will end in less than 1 minute.
Although it can be used for pre-road adjustment of Front suspension, since only the place where you made the most Bottom is known, if you make a full Bottom even while you are traveling, it will be stopped at the same position each time. It is almost meaningless to make the Front suspension softer than a certain amount.
As an appearance effect, a Race ish atmosphere appears.
It is not necessarily indispensable, but I think Motorcycle can be SS.